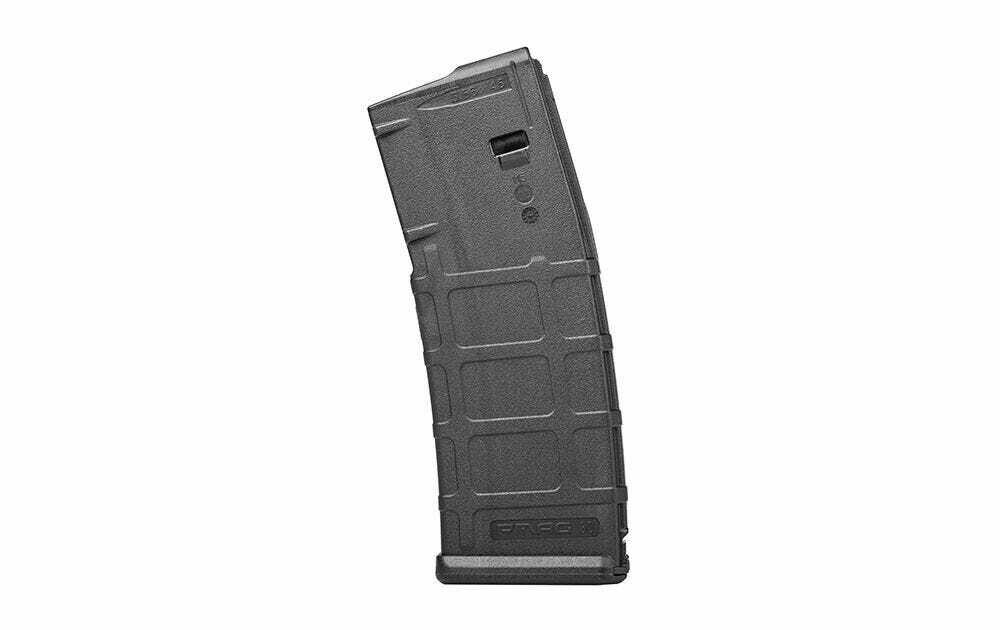 The Magpul 10-30 AR15 556mm Magazine Black GEN2 has a 30 round body and has been blocked to 10 rounds in order to comply with magazine limit restrictions in California, Connecticut, DC, Maryland and Massachusetts. This magazine has been modified to be sold in states with magazine capacity restrictions.

U.S. Patriot Armory INC blocks the Magpul 10-30 AR15 556mm Magazine Black GEN2 using a rivet that is secured in place. This method meets the requirements of “permanent modification” to a 10 round magazine, while allowing for the magazine to be opened for maintenance.
U.S. Patriot Armory ensures that all magazines meet the legal requirements for states having magazine capacity limits, but does not guarantee that all magazines will easily load the maximum number of cartridges. Due to design variations in firearms, fully loaded magazines that have been modified may not insert easily against a closed bolt.

Save this product for later
Display prices in: USD
Page load link